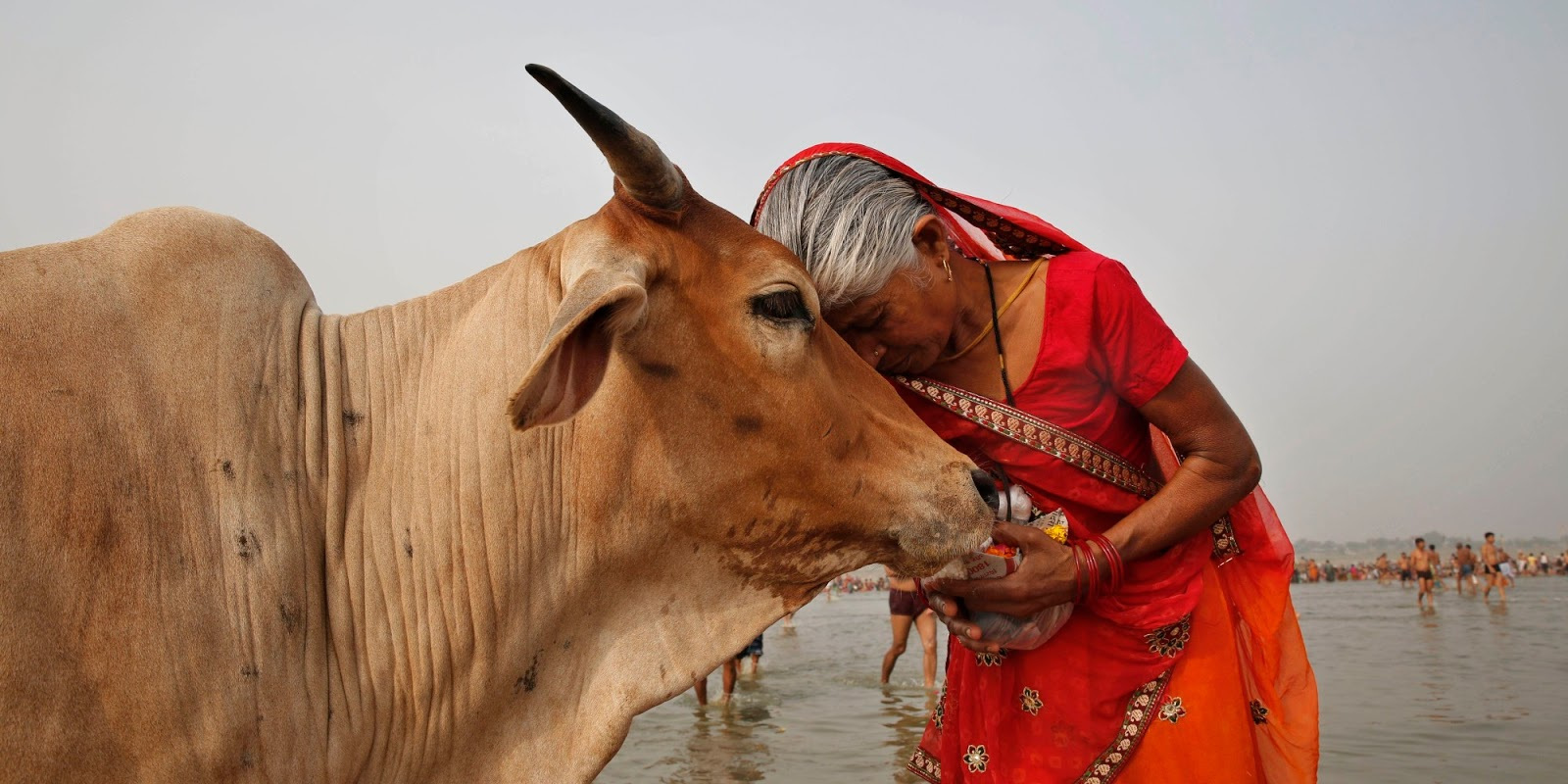 Why do Hindus worship cows ?

When someone asks, “Do Hindus worship cows,” what is the answer? What is the connection between Hinduism and cows?

We must understand that in ancient India, predominantly an agricultural country, the cow was a symbol of wealth because it was expensive to buy a cow and maintain it. Only a few fortunate folks could afford multiple cows. It was an expensive animal because of its varied uses in the home and in the fields like:

The most important turn of events happened when cow sacrifice became prevalent by a particular sect of people who developed some evil beliefs about cow sacrifice. It was around that time, in order to protect the cows, people started calling the cow as gau mata (mother). A mother is to be worshiped and not to be killed. This belief was a need of the time. Also, it is wrong to kill an animal because if it dies an unnatural death, it has still not completed its karmic cycle and will be reborn as a cow again. The killer accumulates the karma of the unnatural death. For these reasons, the cow was worshiped. But this changed with times and today we just respect the cow just like any other life on Earth!