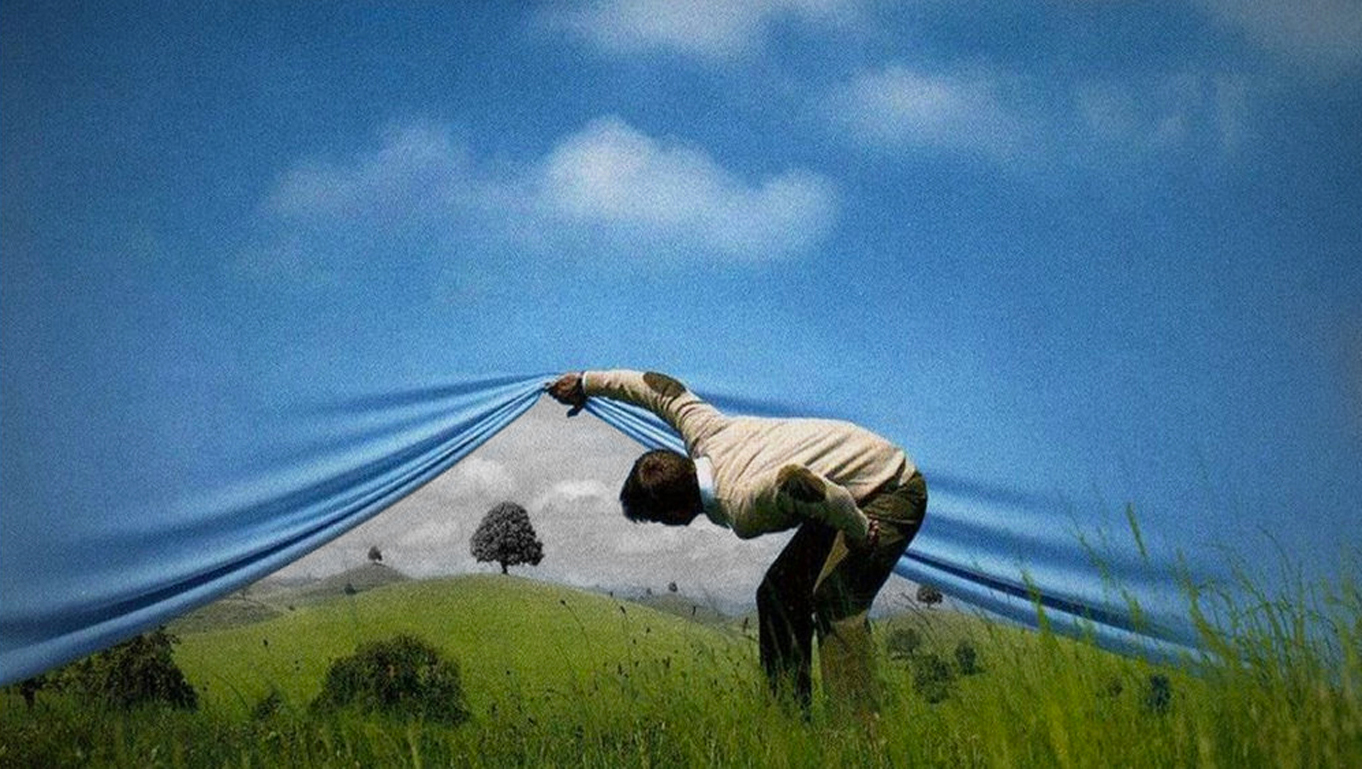 The sky is not blue!

Dear Ektaben, Following the self explorations, one question has arisen:

I have seen 2 thoughts arise in this being at different stages in life: One thought said – I have a choice over my decisions and interactions with people, situations, and things ie I have free will. A recent thought said – I have no free will, I am not the doer and I cannot ever know the dreamer’s mind (ie things are apparently outside anyone’s control.)

Whilst the latter thought would accord to reason and is far more compelling, I wonder if both thoughts are a pair of opposites which can co-exist happily on either ‘side’ of the VOID, the UNDERLYING REALITY (just like say birth and death) depending on the stand we take (ie of awareness or that of body/mind). Do the opposites arise on the basis of the projecting power of Maaya?

Opposites arise because I-the-Witness forget my true nature as simply the void and interfere with the natural thoughts, feelings that run the body-mind in Samsara.

This is the product of the veiling power of Maaya because they arise from the forgetfulness of the witness.

In your example: the body-mind running thought is Aparoksha Gnyana (Direct wisdom from seeing the reality that everything happens automatically).

The witness that had assumed itself to be the doer did not like the projected Aparoksha. It sowed the seeds of passion, fear as described in the first paragraph. The seeds gave birth to the opposite thought (Paroksha Gnyana) that I am the chooser (doer). This wrong knowledge is borne of the veiling power of Maaya.

Both are arisings dear. Both are thoughts.

Untruth & Truth – Two thoughts however contradictory are on the same side, that is why they are experienced as contradictory thoughts. It has been explained with a term in Advaita called Superimposition. There is a void in between the 2 thoughts but they appear to be superimposed.

Just like the snake and the rope, both are opposite, yet both are seen simultaneously when in error.

Now can they exist happily together?