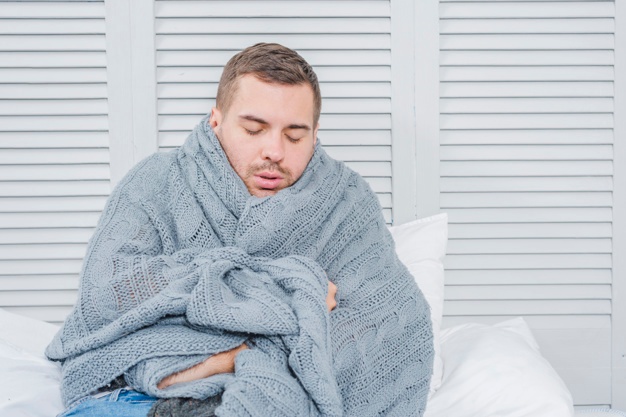 Shivering during meditation, is it normal?

Yesterday, when I was meditating, I could only do three rounds of body observation but I felt I was aware the whole time and I felt for the first time I am doing it as you had explained, I was feeling all my body parts in all awareness. Towards the third round I felt my breath get a little shorter and I was feeling anxious. I also felt a bit shivering as if I am scared of something (just the sensation, I was not actually shivering). When I got up I was fine. Why did this happen?

Don’t bother too much about any sensations including shivering or a sense of fear. These are all hidden karma sanskaras that naturally arise to the surface. Let me explain a bit in detail.

When one is doing Satipatthana a.k.a Vipassana meditation, one is being aware of what usually one is not aware of.

It is not a correct understanding that the process of observing is giving rise to sensations. The truth is that sensations are arising all the time but we are unaware of them as we are caught up in the sense objects. These sensations/perceptions/thoughts arise on account of their time karma sprouting schedule. Irrespective of whether one is aware and watching them arise or not, these sensations will keep following their schedule. Nothing can change that.

In Satipatthana, one voluntarily makes an earnest effort to remain aware of the reality of the mind as it is. So one starts noticing what one missed earlier. The sensations/perceptions/thoughts arise at their own karmically scheduled time.

When you are aware and non-reactive to them, they start losing their power on you. Repeated non-reactions to them only strengthen an individual.

If one loses to the pressure of one of these sensations/perceptions/thoughts and reacts to them, the individual loses power. What has power over you will always make you weak.