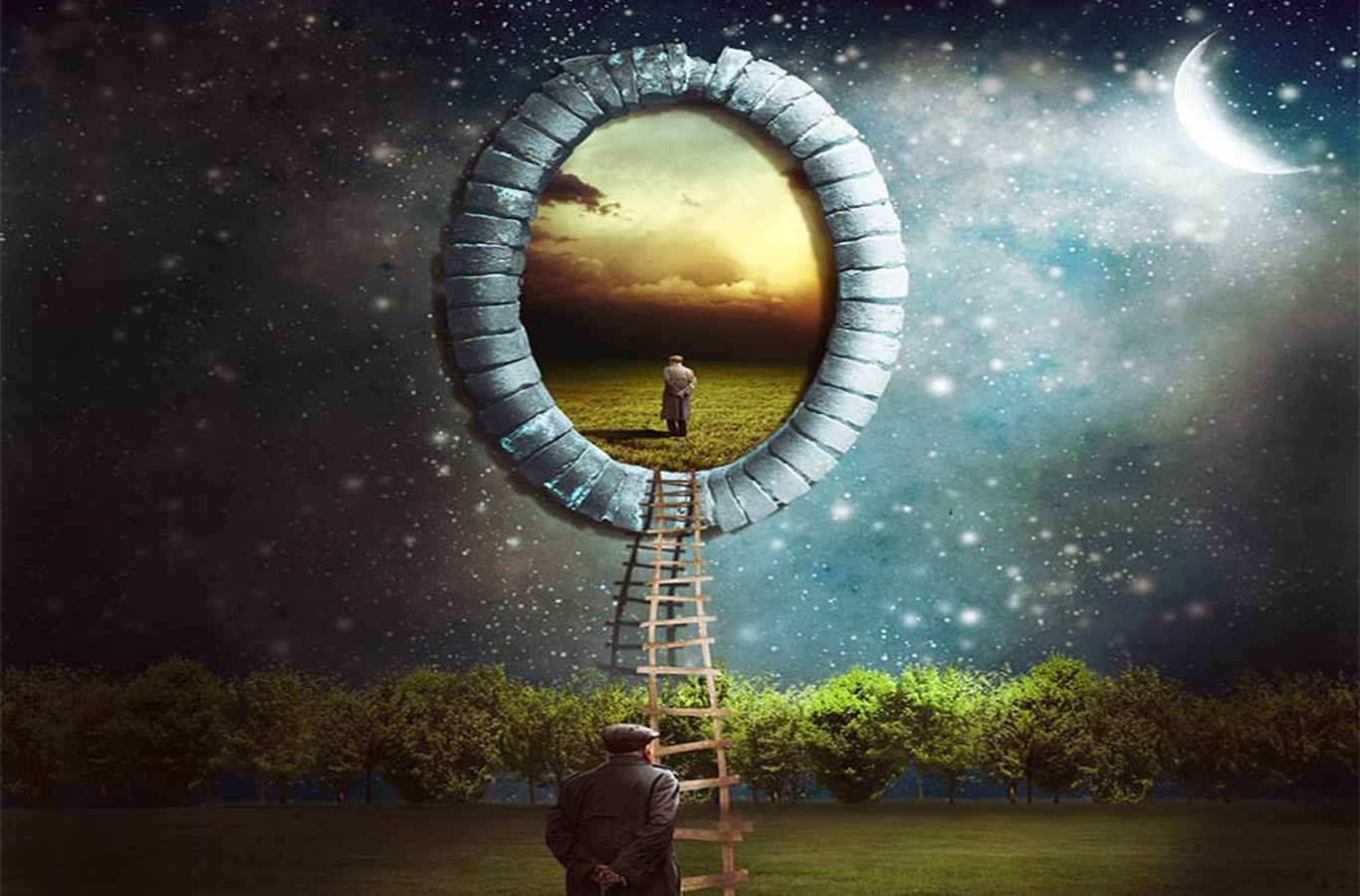 The ball is rolling and we are not the doer. Whatever will happen will happen. How does free will fit in?  We have the free will not to create agami karma but what has to happen will happen irrespectively. Unless agami karma determines how the ball will keep rolling but then that does not seem to be correct since there is no doership. If the ball is rolling because of past karma, was there some doership in creating those karma of the past?

Let me explain what Sage Vashishtha is saying to Rama again.

In the beginning, there was nothingness. From this nothingness appears Purusha and Prakriti. Prakriti itself is Maha maya which projects an illusory time, space, causation world. One event leads to another event to another. Everything is a part of this rolling effect. Now this ball is ONE ball of the Brahman consciousness that is rolling. And you and I are just mud specks stuck onto this rolling ball. And this rolling effect is what is called Maaya. The dynamics of what causes this Maaya to roll is dictated by Niyati.

So it is just ONE ball, we do not have a separate ball each. Now another way of looking at it is that we are all threads of one huge fabric. That fabric is vibrating. And if you look at it from an almost microscopic level, it is one thread vibrating after another after another. This fabric is one Brahman Consciousness just like the ball is one Brahman Consciousness and we are the mud specks stuck on to the ball by the glue of our individual cause-effect belief called karma.

The glue that keeps this mud speck stuck to the ball is Karma. This little speck of mud stuck on the ball is experiencing whatever Karma it created in the past. It was this specks Sanchita karma that has sprouted as Prarabdha today and today’s Prarabdha sprouts as tomorrow’s Agami. When you stop seeking, you stop creating Agami Karma, and when the glue of karma thus dries and falls off, you are enlightened.

The ball is rolling. It is just one event after another. This ball will roll in a particular direction irrespective of one’s raaga and dvesha. Even if one keeps screaming, ‘go left, go left’ it is not listening, it is just rolling the way it must go.

But how did its direction get decided, that was because of something called Mahaa Maaya or Parashakti. It has created this entire creation and runs it. And the glue that keeps you stuck on this ball is called Moha Maaya.

Is wanting to be liberated, happy, centered in a state of no-mind also seeking?

Yes, it is a good seeking that will take you away from the negative seeking caused by your Moha Maaya but it is also a seeking and will have to be let go one day, otherwise this can lead to even bigger problems for you on your path to liberation called Yoga Mayaa. And that ultimate letting go is what is Nirvana!

We are told to recite certain mantras or seek a guru’s grace to help go through what our karma is, specially if unpleasant, and see it through. So if the arrow was supposed to hit the head, it will hit the hat instead. Now since the ball is rolling, whatever has to happen will happen. So the arrow would hit the hat in any case?  Therefore mantras and guru’s grace have no effect on altering the direction of the ball?

Yes, that’s correct. Mantras and Guru’s grace will not alter the direction of the ball, it will only bring peace to you. You will move from mind to ‘no mind’ in your state of surrender and prayer probably for a short while. And that short window is good enough to find the highest truth of Advaita to get liberated. Remember Vasishtha is talking about instant enlightenment here [typically for those who are ripe and don’t need a long practice to get to the highest truth].