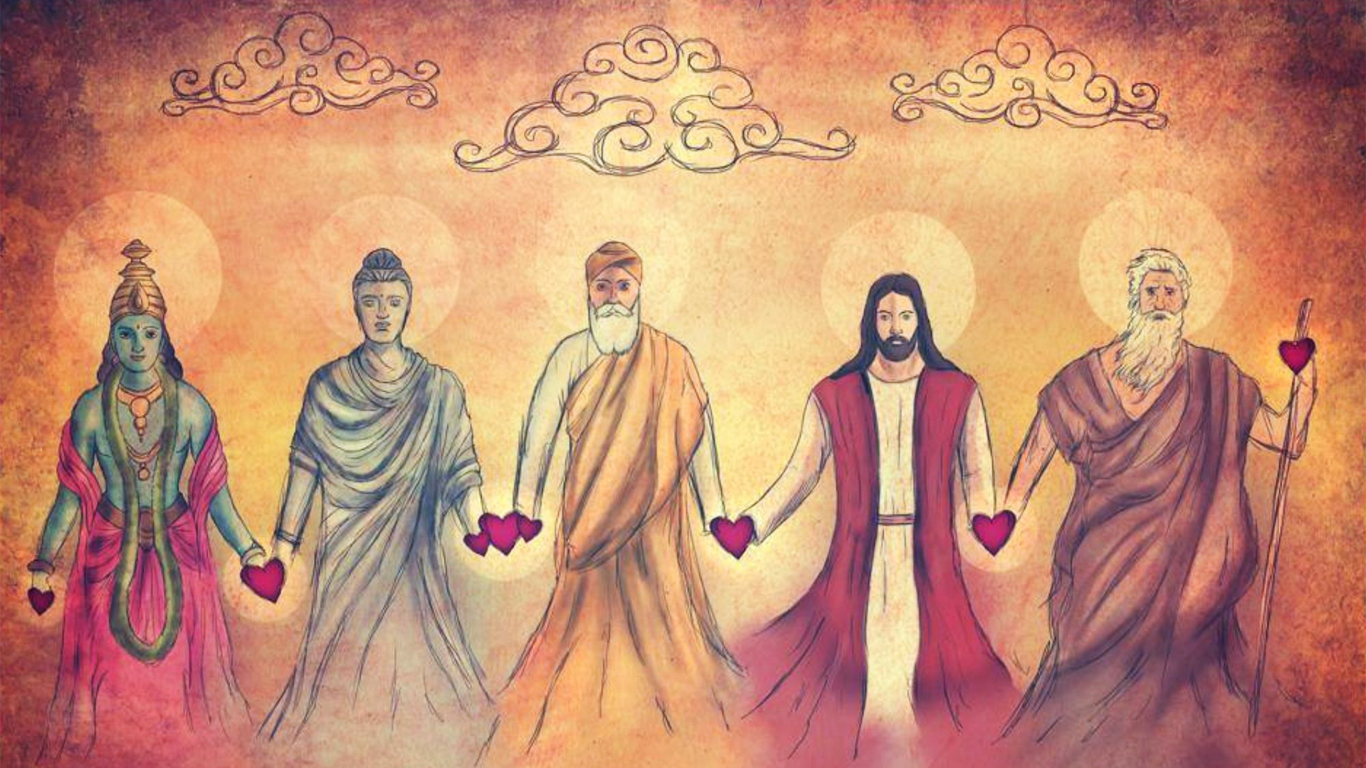 Krishna, Shiva, Buddha – They are all just ONE!

I am not able to understand the line – “The bestower of dispassion is Shiva, that Consciousness that is bliss, innocence, and omnipresence. Krishna is the outer manifestation of Shiva. And the inner silence of Krishna is Shiva. Shiva is called Chandrashekhara means that the mind that is in Shiva (transcendence) is always above the peak. Buddha is not on the peak, rather the peak is beneath Buddha. One who goes up to the peak comes down, but the peak seeks the one who is stationed higher, in the inner space.”

So what is Krishna? I do not see any difference between Krishna, Shiva, Brahman, Vishnu, etc. Isn’t it only ONE? Like a cat looks in a mirror and thinks there is two. We get stuck in the object, but in reality, there is only one.  We get caught up in the world, get caught up in the game of life because we believe there is somebody else to play with.

Beautiful question, Abhishek! You hit bull’s eye by saying that “there is no difference between them”! But very few and fortunate reach this understanding. People are still lost in the Maaya and think that they are different. Some people even fight that my God is better than your God! To remove such ignorance, Gurudev has put it so simply.

Krishna is that aspect of consciousness that is intelligent and innocent at the same time. Krishna is not different from Shiva. Krishna is just the outer manifestation of the same Shiva. And Shiva is the silence of Krishna.

Again, understand that all these are qualities of the same consciousness. The same consciousness is in you, me and everyone. One mind is weak and gets caught up in the Maaya. One mind becomes strong and unites with the consciousness. Shiva is also called Chandrashekhara means that mind which has developed the strength to cross the ocean of Maaya [raaga and dvesha] with the help of dispassion and go higher than the peak. Buddha was such a one who had gone higher than the peak.

So, in essence, he is saying the same thing that we are all but one consciousness. And different qualities of the consciousness have been given different names like Krishna, Shiva, Buddha but they are all just ONE!