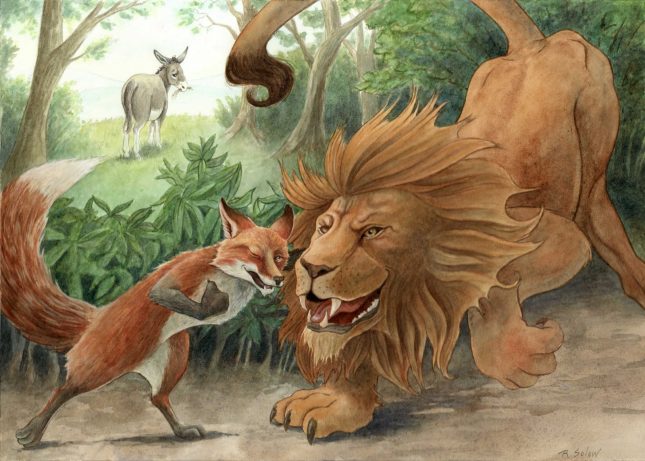 Are you a Lion or a fox?

People live in a lot of fear!

This fear makes a person extremely weak. Weakness can be overcome by invoking the sleeping lion inside you. You can then become fearless and face all trials and tribulations of life with strength and courage. At the same time, becoming a lion/lioness should not invoke your ego, otherwise you have toppled over to the other side. Maintaining a balance is a skill only the wise possess. The wise one will be fearless like a lion and at the same time have an attitude of sacrifice. Sacrifice what?

That is a true Lion! One who is courageous, fearless and yet commands respect just by his attitude of sacrifice. Be a true lion, not a wicked fox hidden in a lion skin!